PSM takes a look at the UK’s urgent need to adapt the built environment for dementia sufferers.

Dementia is a problem which is not going away. By 2025, there will be one million people with dementia in the UK, a figure that will rise to two million by 2050, according to Alzheimer’s Research UK. Over 60% of dementia cases are caused by Alzheimer’s.

Yet our built environment has not been designed accordingly. There’s a terrible mismatch between a social care strategy which strives to look after people in their own homes and housing stock which makes it difficult for people with dementia to survive, let alone thrive. This inevitably leads to accidents and injury; around 25% of beds in hospital are occupied by people with dementia, says Alzheimer’s Research UK.

Designing for people with dementia requires specialist knowledge, says Fiona Walsh, principal architect at DDS Architects. She became aware of this when her father’s cognitive ability was damaged by a brain tumour.

“I realised his relationship with the environment was different to anything I had learned about or experienced,” says Walsh, who was at that point already an inclusive design specialist. “Eight years on, I am still trying to source information that will help us make environments accessible to people in the same situation. There is a body of information in the medical and social care fields but this has not translated into the built environment.”

Walsh prefers to talk about ‘dementia-inclusive’ rather than ‘dementia-friendly’ design. “There’s a perception that we can support people with dementia through human kindness, but that isn’t enough,” she explains. “We need to adapt our environments to support people as well.”

The good news is that there is a growing appetite for information about what dementia-inclusive design looks like. There are guides from various organisations, national and international, that look at design principles and good practice in varying levels of depth and complexity (see box).

In the UK, the BRE has built a dementia demonstration house – to mimic the conversion of an existing terraced property – to investigate how design and technology can help adapt our housing stock for people with dementia and their carers. The house is based on design principles previously developed by Bill Hallsall, of the Halsall Lloyd Partnership, and Dr Rob MacDonald from Liverpool John Moores University. Among its features are clean lines of sight, colour-coded paths, increased natural lighting, noise reduction measures, simple switches and controls and safety sensors.

Walsh signposts Alzheimer’s Disease International’s September 2020 report Design, Dignity, Dementia: Dementia-related design and the built environment, which looks beyond homes to the broader environment. Its 10 design principles include the need to provide links to the community and opportunities for social interaction and activities. The report also served to ramp up awareness globally of this growing issue, says Walsh.

A review of global practice suggests that some societies and countries are far ahead of the UK when it comes to dementia-inclusive design. In Ireland, the National Disability Authority has created Universal Design Guidelines: Dementia friendly dwellings for people with dementia, their families and carers; Walsh worked on a dementia audit in Athboy, County Meath, which has led to grant funding for public realm improvements (see below). In Sweden, Ikea and Skanska are pioneering dementia-friendly versions of their modular brand BoKlok (see below).

In the UK, most demand for dementia-inclusive design comes from the care home sector. Although there is interest from the seniors’ housing sector, this has yet to translate into developments on the ground. However, one force for change driven by government funding aimed to regenerate town centres and ‘level up’ could be the growing trend among local authorities to self-develop housing. In this sector, there is the need and the will to provide housing for a diverse range of demographics, to match actual local housing needs and to futureproof housing developments.

The Halsall Lloyd Partnership: Design for Dementia Volume 1 – A Guide

Guidance, good practice and the odd development will not take us far enough though, says Walsh. “We need a set of legislation that will impact on design for cognitive and sensory impairment,” she says. “Every designer needs to understand these key principles and apply them; they should become part of our everyday toolkit.”

While many of the arguments about inclusive design and accessibility are financial – reducing the burden on social care and on the NHS – at the most basic level, the lack of accessible housing amounts to an abuse of people’s human rights, points out Walsh.

“The UN convention on the rights of people with disabilities, in articles 9 and 19, says that people should have access to services and transport and the right to live in the place of their choice,” she says. “We do not do this for cognitive or sensory-impaired people because we don’t have the housing stock. There is a huge void.”

A pilot project in Athboy, County Meath, made use of a walkability audit of the town to assess how the built environment feels and functions from the perspective of someone with dementia. The idea is to identify the difficulties that people may have in navigating a town and using its facilities and then to propose interventions.

The audit looked at elements such as footpaths, street furniture, traffic, transport, signage and parks, identifying what worked well and what improvements could be made. The resulting report contains recommendations and tips that other towns could use. It also led to a grant award to Meath County Council from the Rural Regeneration and Development Fund of 600,000 euros for streetscaping and public realm works.

Organised by the Meath Age Friendly Programme, Prosper Meath, Dementia: Understand Together, Age Friendly Ireland, and Meath County Council, the audit was carried out with input from local organisations and professional consultants including Fiona Walsh, principal architect at DDS Architects.

Sweden: the contractor, the retailer and the queen

A collaboration between Skanska, Ikea and the Queen of Sweden, through her Silviahemmet dementia foundation, has led to dementia-friendly housing developments in Sweden. Made from the prefabricated timber units created by Skanska and Ikea’s BoKlok modular housing business, the developments feature shared social facilities and layouts aimed to help people with dementia live independently for longer.

A SilviaBo home has around 50 slight changes when compared to a conventional one, according to Skanska, which include bright-coloured shower railings and doors, no mirrors, and old-fashioned knobs on kitchen appliances. The first six apartments were completed on a site near Stockholm in 2019.

Story for PSJ? Get in touch via email: [email protected] 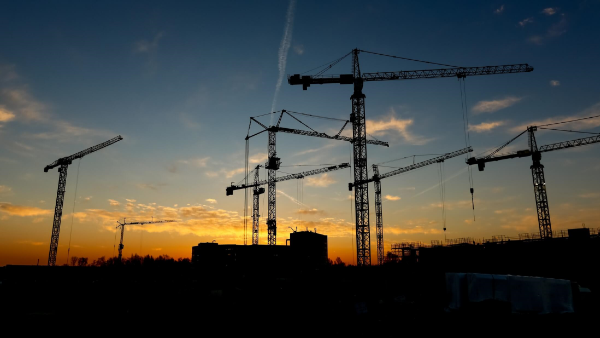